The definitive source for Japanese culture and global lifestyle marketplace.

High-end furnitures, since 1943. From the family workshop, to you.

A tranquil retreat in the heart of Nikko, with panoramic views of Lake Chuzenji and Mount Nantai

A City Of Cities

Literally and metaphorically a city of cities, Tokyo challenges even the sharpest minds to encapsulate its essence with mere words or images. Old Edo’s tenacious energy warns against diluting the city’s potency with inadequate introduction, albeit difficult to avoid for new visitors on tight schedules, instantly distracted by the modern mega-cluster’s sparkly commercial face. Happily, returnee travellers grow increasingly inclined to poke around the soft wrinkles and gritty pores of Tokyo’s complexion as if wholly overcome with the concept of wabisabi. Where the city’s old bones press taught against new skin, atmospheric pockets crammed with traditional structures and living snapshots of another era are still observed; shrouded inner city rivers lined with cherry trees and fishing boats, incense burning in ghostly quiet temple grounds and shopkeepers lost in time are visions that stir the invested. While the gummed in pages of printed guidebooks offer a particular level of pre-planning excitement, page extents and personal perspectives dictate a necessary selection of singular viewpoints – ill-fitting suits for a city of infinite angles and constantly moving light and shadow.

In the same way you wouldn’t explore Paris without at least acquainting yourself with its snail shaped arrondissements, gaining a truer perspective of Tokyo requires some familiarization with the city’s 23 special wards. Allow us to introduce you to Tokyo’s complex personalities by tracing your way clockwise around our ward map: from central Chiyoda-ward, coiled protectively around the Imperial Palace, spiralling outwards all the way to Edogawa on greater Tokyo’s eastern edge – 13 kilometres as the crows fly but explicitly further in terms of pace and style. Dissecting then marrying up the pieces of Tokyo’s fascinating jigsaw puzzle is crucial to an ultimately personal and unforgettable Tokyo experience. 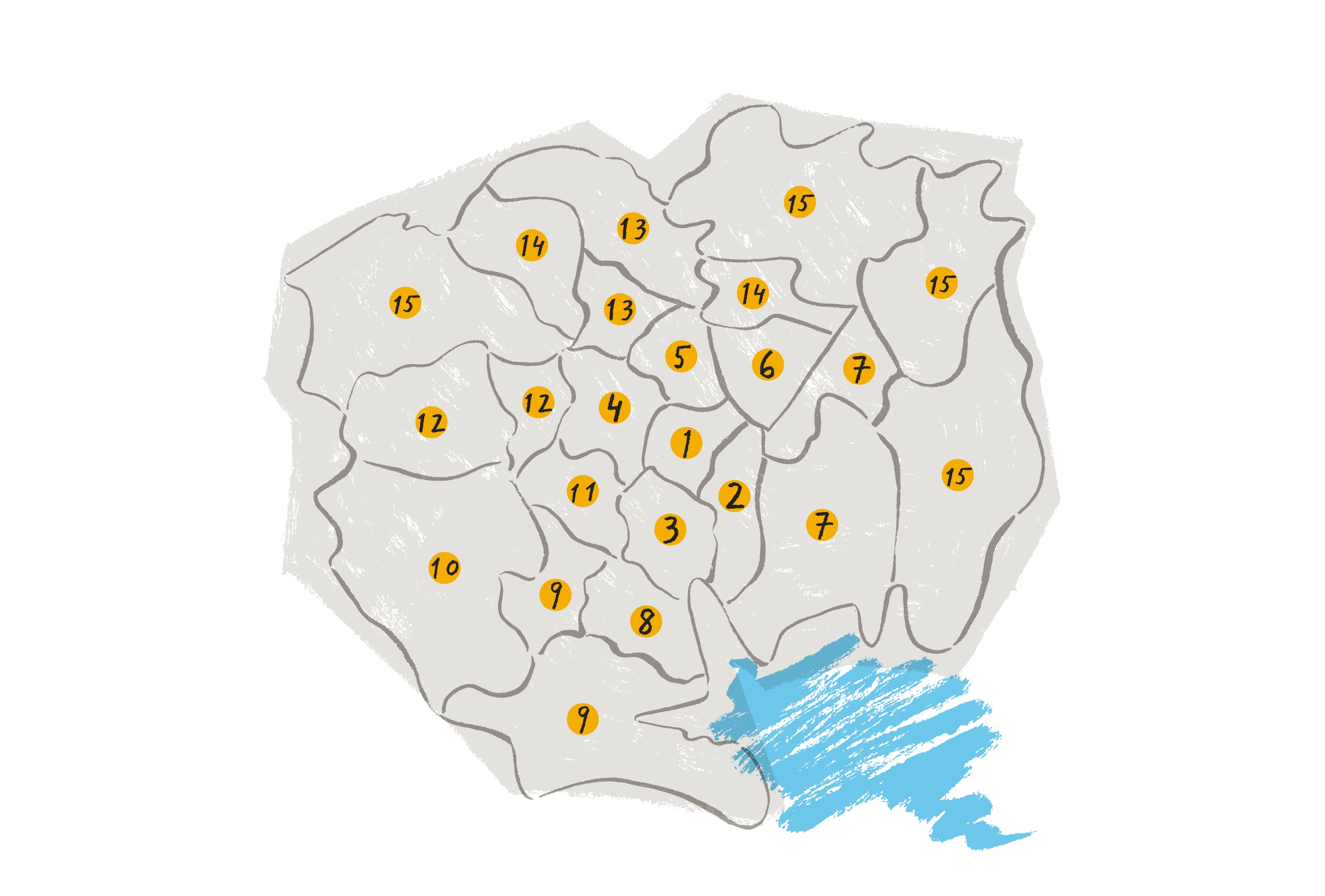 Be the first to know.

Thank you! Your submission has been received!
Oops! Something went wrong while submitting the form.